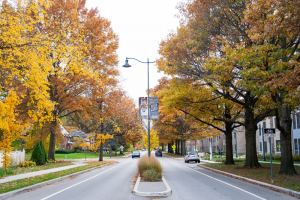 We love the Butler Tarkington neighborhood.  The walking path along the canal is a great place to walk, run or ride your bike.

Consisting mainly of working-class and upper-middle-class households, much more upscale homes can be found along the western edge of Meridian Street and those parts of Illinois Street north of 40th. Butler-Tarkington is known for its stunning residential architecture. The neighborhood was named after nearby Butler University, which relocated here in 1928, and famous writer, Booth Tarkington.